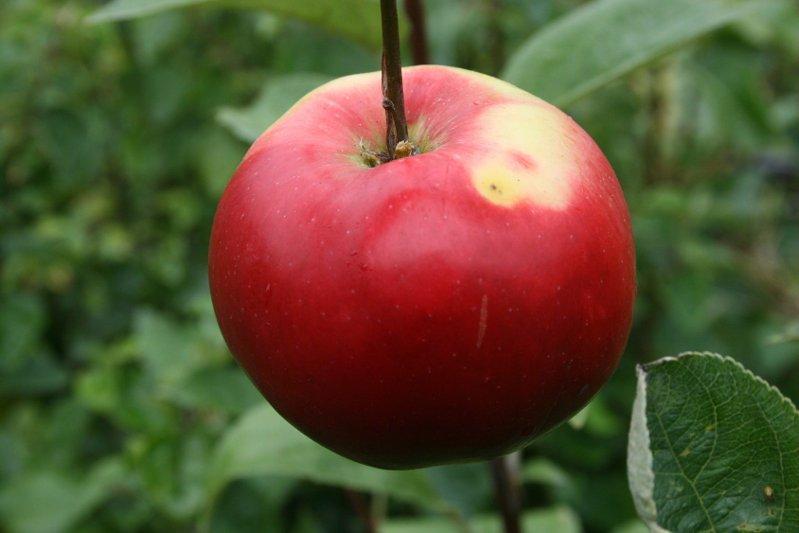 Scrumptious is a new dessert variety with a gorgeous, complex and fascinating flavour that is already widely celebrated.

It is an easy to grow garden variety that also has the advantage of being self pollinating.

For use until November; recommended variety.
£19.95
Add to cart

Cordon Apple trees are a good choice for restricted areas and a fence or wall. They can be grown at a 45degree angle, or upright. The rootstock we use for our cordon Scrumptious is M9 which is the best stock for cordon trees. Plant 60-80cm’s apart

Scrumptious is a new arrival from Kent and so good it sells out each year. The flavour is superb, very much in the old style, complex and full of nuances. Scrumptious is also self-fertile so a valuable addition to the list of apples which can grow on their own. Highly recommended.

Pick from the tree in late September. Keeps until November, but so delicious there may not be any left for storing. .

Complex, more-ish and unique. Sweet but with some underlying acidity, has been likened to pear drops, liquorice and cherries, but is also quite honeyed and sweet.

Scrumptious Apple Trees - Pollination: Scrumptious is itself self-fertile so does not need other trees. It is in group ‘B’ and is also an excellent pollinator for varieties in the same or adjacent groups.