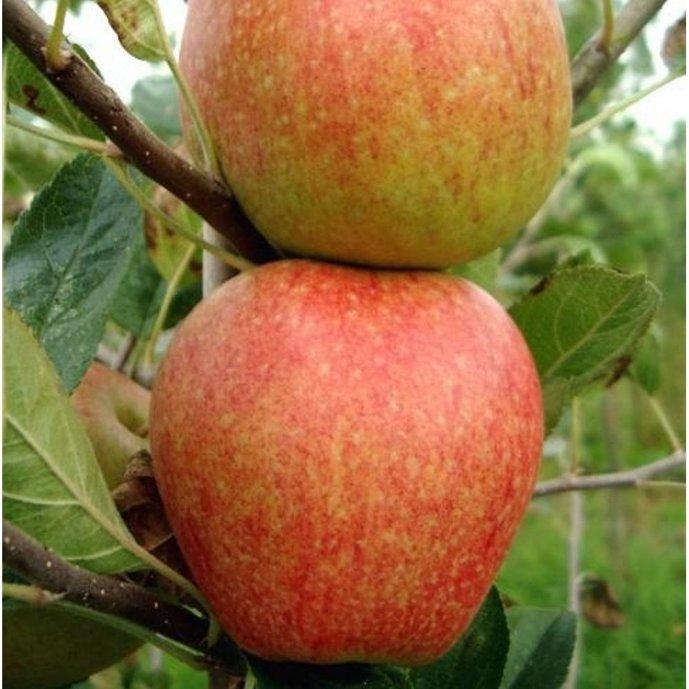 Adams Pearmain is an old heirloom variety thought to have arisen in 1826. It is still valued by connoisseurs for it's rich flavour.

This very old heirloom variety was first described in 1826. It remains popular amongst connoisseurs and was once also grown as a decorative apple. It has also been known as Hanging Pearmain and breifly enjoyed popularity as a market apple in the London area.

Adams Pearmain ripens around mid October, but will store very late, often until March so it is a very valuable apple for that purpose.

This is a medium sized evenly conical ‘tall’ apple with red and orange stripes and speckles over a greenish gold base. Sometimes has slight russet patches.

This variety has quite a firm cream flesh. The flavour is that of a classic English apple – nutty, rich and aromatic, although it can be a little dry.

A dessert apple; also for table decoration and exhibition when grown well.

Adams Pearmain is a tree of moderate vigour and slightly spreading habit. A good cropper most years.

Adams Pearmain - Pollination: Pollination group is ‘B’ so choose any varieties in that group to partner. Here are some suggested varieties: