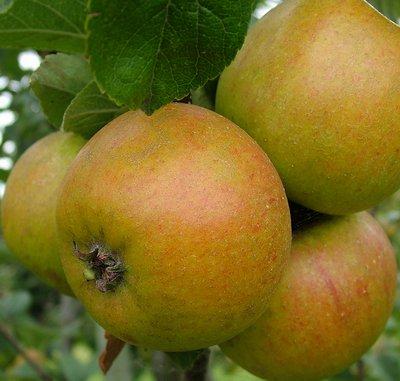 Cordon Apple trees are a good choice for restricted areas and a fence or wall. They can be grown at a 45degree angle, or upright. The rootstock we use for our cordon Court of Wick tree is M9 which is the best stock for cordon trees. Plant 60-80cm’s apart

Court of Wick is a Somerset apple of considerable antiquity. Fruits are small with an intense flavour and this is a hardy tree that has been recommended for more exposed sites.

Intense, juicy and fruity. Flesh is dense and crisp.

For dessert use, also as a table apple.

Hardy, vigorous, prolific. Good for the north and exposed positions.

Court of Wick - Pollination: Pollination group ‘B’ so pollinate with varieties in the same or adjacent groups.