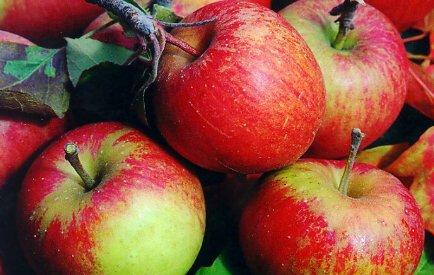 This famous variety can be grown against a fence or wall as a fan/espalier trained tree.
£21.95
Add to cart

Espalier or fan trees are used against a wall; you will need not less than 180 x 180cm’s for a fan or espalier tree. Please note we do not supply ready trained trees; this product is a young tree suitable for training yourself, in situ. Such trees usually settle to cropping within 2 or 3 seasons.

Cox’s - Englands most famous – and eatable – apple has it’s origins in the early 1800’s in Buckinghamshire. Often considered the most finely flavoured apple of all, to sample Cox’s at it’s best you should pick your own fruits when properly ripe. Most commercial samples sold in shops are brought into refrigeration far too early and do not taste as a Cox should.

Commercial samples are often yanked from the tree too early which robs them of some of their flavour nuances. For optimum flavour pick around early October and enjoy in storage until January.

Excitingly dynamic, rich, aromatic and fruity. Cream-yellow flesh. Texture is quite crisp, mellowing the longer it is stored.

A dessert apple that should not be hurried but savoured.