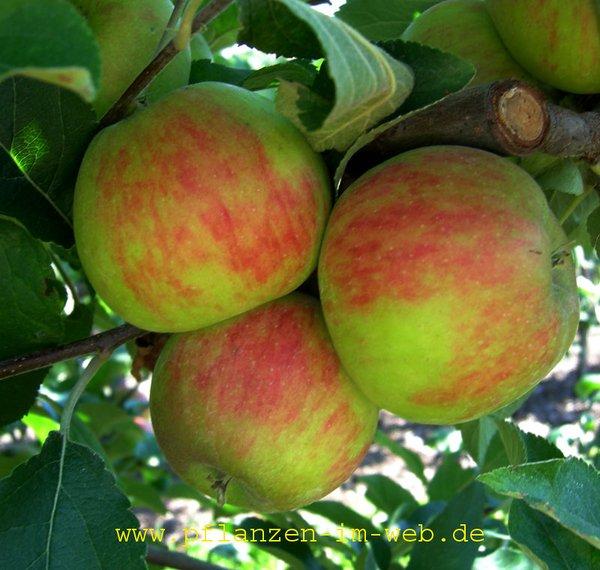 Recommended variety for most areas with an outstanding crisp, juicy and aromatic yet sweet flavour. Good for frosty areas and a pleasure to grow.

Cordon Apple trees are a good choice for restricted areas and a fence or wall. They can be grown at a 45degree angle, or upright. The rootstock we use for our cordon Elstar is M9 which is the best stock for cordon trees. Plant 60-80cm’s apart.

Elstar is a Dutch raised variety, from a cross between Ingrid Marie and Golden Delicious. Deserves wider appreciaiton, a very good garden apple tree with a lovely flavour and attractive presentation.

Delicious. Sweet and honeyed but not too syrupy with a gentle underlying acidity. Plenty of juice, good crisp texture but too firm.

Elstar can be enjoyed from October to January.

Elstar - Pollination: ‘B’ Pollination group, so use varieties with the same or adjacent pollinating prefixes. Some good suggested varieties are given here: