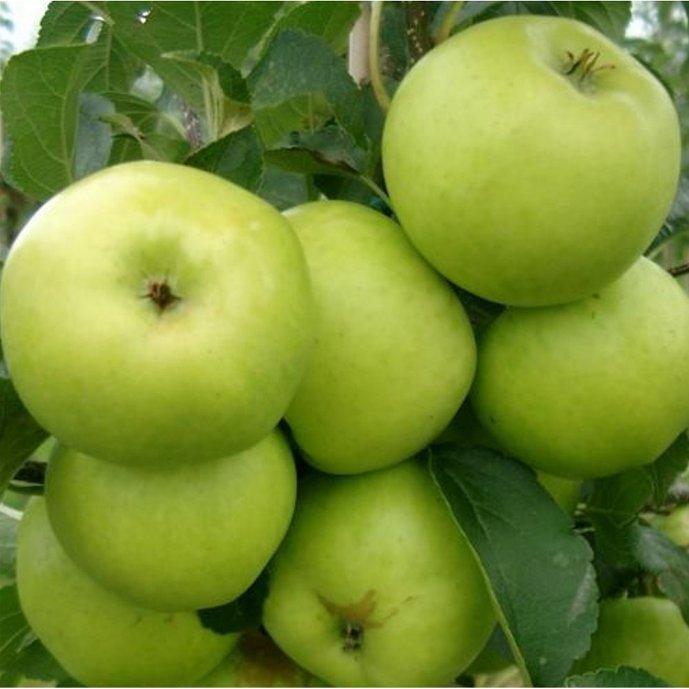 Cordon Apple trees are a good choice for restricted areas and a fence or wall. They can be grown at a 45degree angle, or upright. The rootstock we use for our cordon Grenadier is M9 which is the best stock for cordon trees. Plant 60-80cm’s apart.

Grenadier’s origins are unknown but a famous early cooker and usually the first culinary apple fit for use.

For use throughout August and into September.

Breaks down to a juicy puree, very good slightly sharp taste but sweeter than many cookers and versatile in the kitchen.

Grenadier - Pollination: ‘B’ Pollination group, so use varieties with the same or adjacent pollinating prefixes. Here are some good suggestions: