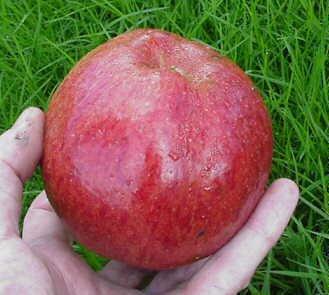 Herefordshire origins, a very old variety from the 170'0's which suits widely varying applications - standard culinary use, juicing, cider or as a dessert late on. October-December season, sometimes later.
£21.95
Add to cart

Pick from the tree in early-mid Octrober; will store until late December.

Versatile; a culinary apple first and foremost but can suit dessert later in life and also ideal for juicing and cider making. Good for slicing and tarts.

Herefordshire Beefing - Pollination: ‘B’ Pollination group, so use varieties with the same or adjacent pollinating prefixes. Good pollinators for this variety include: