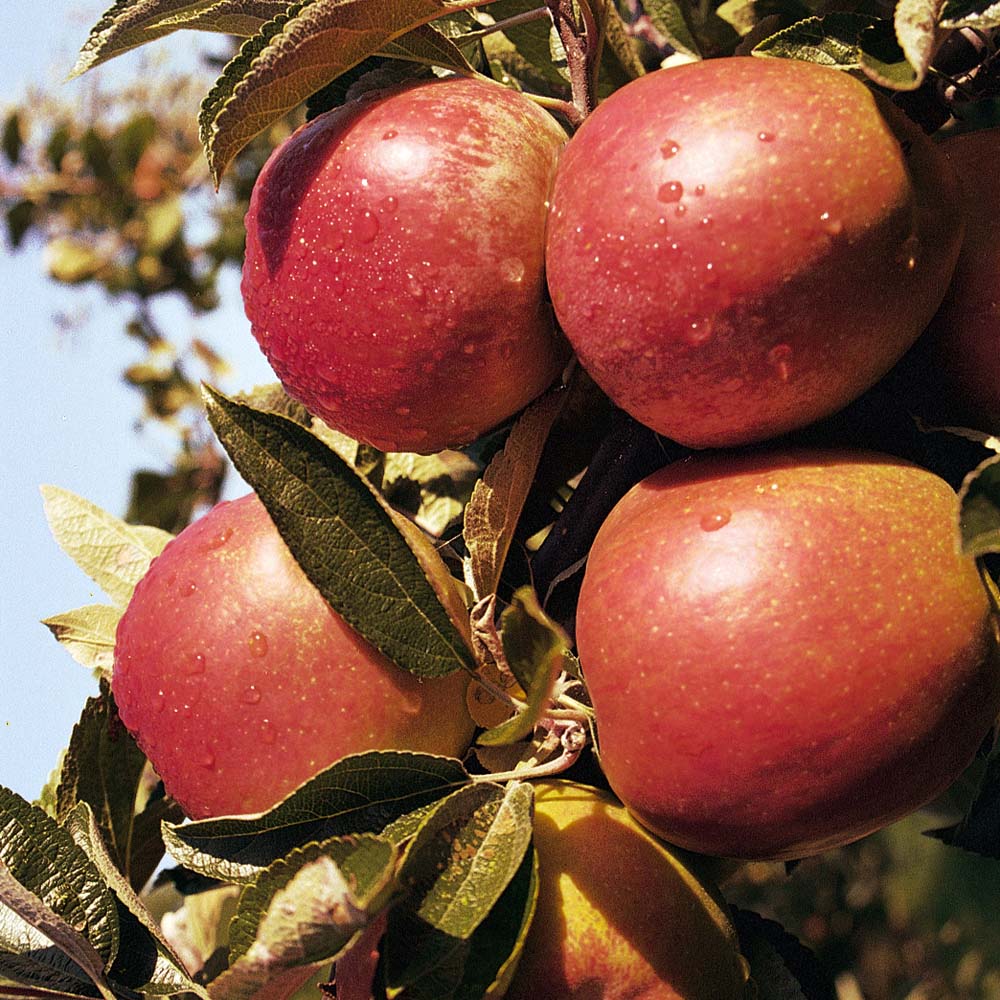 Second early dessert variety with a flavour similar to a 'light' Cox. An old favourite raised in Bedfordshire.
£21.95
Add to cart

Cordon Apple trees are a good choice for restricted areas and a fence or wall. They can be grown at a 45degree angle, or upright. The rootstock we use for our cordonLaxtons Epicure is M9 which is the best stock for cordon trees. Plant 60-80cm’s apart Bedford raised, introduced 1909 from a Cox cross. Has been a popular early ripening garden variety for many years. Largely trouble free.’Epicure’ is the same. Laxtons Epicure Apple tree – Season: For use from late August through September. Epicure - appearance: A small apple of bright green with colourful red striping. Laxtons Epicure apple trees – flavour: Crisp, juicy and sweet with a little of the aromatic qualities of a Cox’s too. Rather like a ‘light’ Cox. Uses: A dessert apple. Cropping & Growth Medium grower, frost hardy and reliable. Laxtons Epicure - Pollination: ‘B’ pollination group, use varieties with the same or adjacent groups to pollinate successfully.  Here are some suggested varieties: Katy James Grieve Egremont Russet Fortune Arthur Turner Cox's Orange Pippin