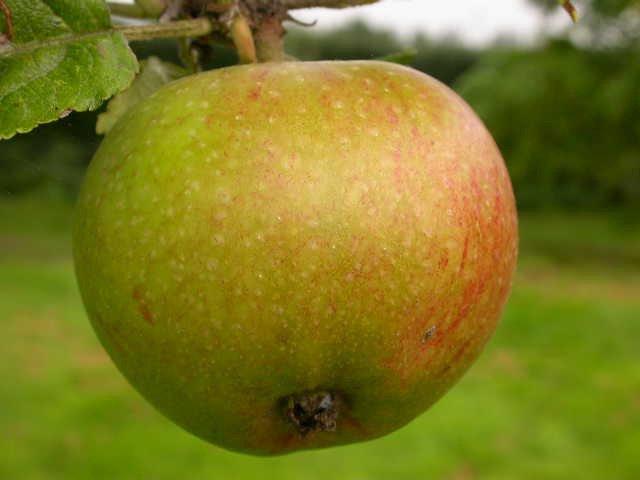 Newton Wonder is a Derbyshire raised apple and remains much esteemed for baking, sauces and purees. It has a robust, sharp flavour akin to a Bramleys. One of the classic culinary varieties, you can use Newton Wonder from late October until March.

This famous cooker came from was discovered by an Innkeeper in 1870’s Derbyshire. It remains a very popular cooking apple tree for garden or orchard use. Originally known as Newtown Wonder.

Very good flavour; frothy, juicy, creamy. Fairly sharp, but not to the extent of Bramleys. Good for baking, sauces, purees and freezing.

Vigorous, spreading and hardy. Easily grown but can be bi-ennial unless thinned.

Newton Wonder - Pollination: ‘D’ pollination group, use varieties with the same or adjacent groups to pollinate successfully. Here are some suggested varieties:

M9 is classed as dwarfing and a good intermediate stock. Matures to 200cm’s plus with a similar spread. M9 is heavy cropping and promotes larger fruits, but needs permanent staking and good soil.