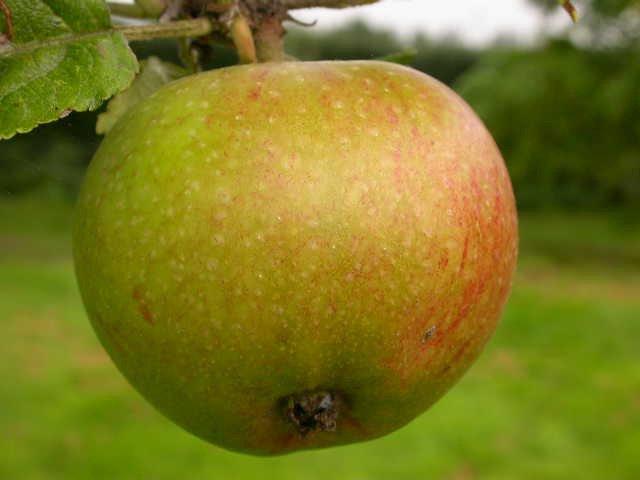 Newton Wonder is a Derbyshire raised variety that fills the late-season cooking apple needs with fruits that last so well in store, often until March ir beyond. The fruits have a robust flavour, on the style of Bramleys. Good for frosty areas.
£21.95
Add to cart

This famous cooker came from was discovered by an Innkeeper in 1870’s Derbyshire. It remains a very popular cooking apple tree for garden or orchard use. Originally known as Newtown Wonder.

Very good flavour; frothy, juicy, creamy. Fairly sharp, but not to the extent of Bramleys. Good for baking, sauces, purees and freezing.

Vigorous, spreading and hardy. Easily grown but can be bi-ennial unless thinned.

Newton Wonder - Pollination: ‘D’ pollination group, use varieties with the same or adjacent groups to pollinate successfully.  Here are some suggested varieties: