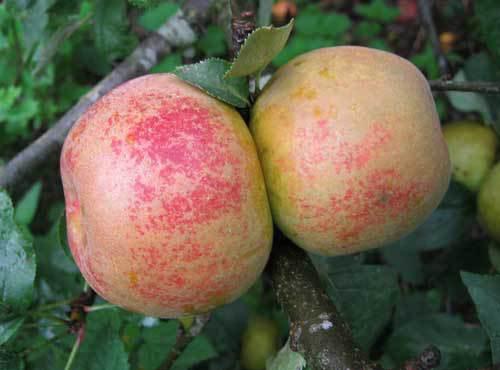 A wonderful flavour has kept Orelans Reinette at the top of the apple-connoisseurs list for centuries. It is partly russetted and can be eaten from october to Christmas.; there can never be too many fruits to eat as it is so delicious.
£21.95
Add to cart


Orelans Reinette is an esteemed French variety from the 1700’s which remains highly regarded for it’s flavour.

For use early November to late December.

Outstanding, especially when grown in sunny spot. The deep cream flesh is akin to that of a russet – not overly juicy, firm, slightly crumbly and with a rich, complex aromatic flavour that is very more-ish.

Although a very fine dessert apple, also suits cooking having been recommended for tarts, pastries and slicing.

Orleans Reinette- Pollination: ‘D’ pollination group, use varieties with the same or adjacent groups to pollinate successfully.  Here are some suggested varieties: