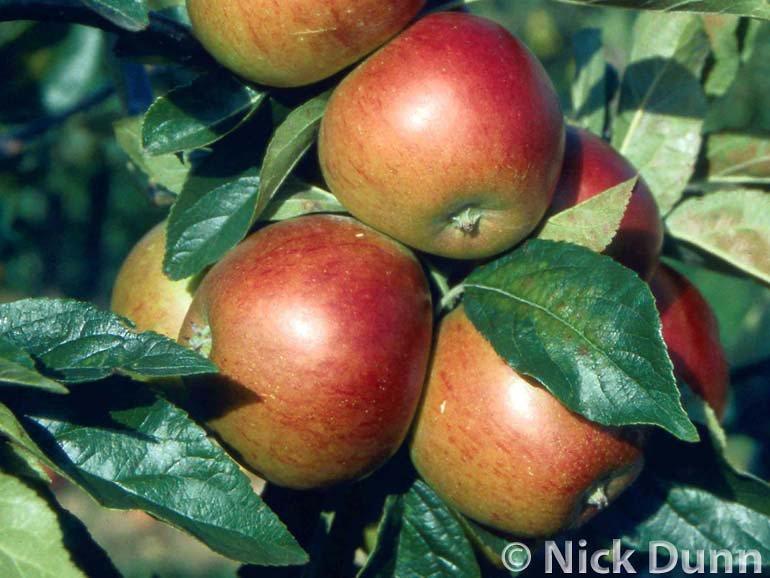 Red Pippin is in the style of Cox's with a similar flavour. It stores even better, keeping well into Spring.

Cordon Apple trees are a good choice for restricted areas and a fence or wall. They can be grown at a 45degree angle, or upright. The rootstock we use for our cordon Red Pippin is M9 which is the best stock for cordon trees. Plant 60-80cm’s apart.

Red Pippin - Syn ‘Fiesta’ Red Pippin is a relatively new English apple, developed in Kent in the 1970s but with a very traditional English style and flavour. Cox's Orange Pippin is one of its parents, and it has inherited the classic Cox aromatic sweet/sharp flavour, although not quite quite as complex as that esteemed variety. A much better groiwer and a much better garden apple than Cox’s.

Stores very well; harvest in October and can be kept until the Spring.

Well balanced, sweet-sharp taste, akin to Cox’s,not quite as dynamic but very good.

A dessert apple and also highly valued for juicing.

Red Pippin- Pollination: Red Pippin is in pollination group ‘B’ so will pollinate well with varieties in the same or adjacent groups. Here are some suggested varieties: