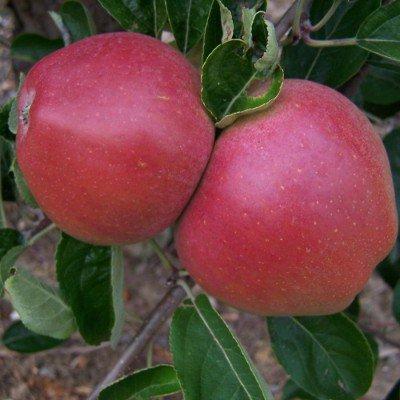 An old variety that nevertheless seems to be cominmg back into favour.

Very good flavour, a late dessert variety for storing and use until February or beyond.
£21.95
Add to cart

Cordon Apple trees are a good choice for restricted areas and a fence or wall. They can be grown at a 45degree angle, or upright. The rootstock we use for our cordon William Crump is M9 which is the best stock for cordon trees. Plant 60-80cm’s apart.

William Crump is thought to have originated in Worcestershire in the 1800’s. This old variety has recently received a new lease of life and is once again being planted in gardens and orchards. It is quite late and very well flavoured. Another Cox x Worcester cross.

Like a pineapple flavoured Cox, mellows later. Plenty of juice.

Primarily an apple for enjoying fresh.

Vigorous, but upright so easily managed. A good cropper.

Wellington Apple Trees - Pollination: Pollination group ‘B’ partner with any varieties in the same or adjacent groups. Here are some suggested varieties: