10 Best Fruit Trees for Your Garden

You want the garden to look nice, but it would also be great if it supplied you with more than something beautiful to enjoy over the morning coffee. Fruit trees are a great way to add visual appeal and also produce fruit you can use during different seasons. Here are ten of the best fruit trees to consider, and some tips about how to ensure they thrive within the space.

Apples come in a number of varieties. There are even some that will grow during cooler weather. In general, you want the tree to receive a great deal of direct sunlight. At least six or more hours per day is optimum.

For best exposure, try planting the trees along the north side of the property. Avoid placing the trees in an area where water tends to stand after a rain. Apple trees do best in the ground that drains with ease while still retaining enough moisture to help nourish the roots.

When you buy apple trees online, look for the dwarf and semi-dwarf varieties. This is especially important if you don’t have a large garden area. If you do, then a standard size will work to find and provide shade. Keep in mind that some varieties of apple trees take time to bear fruit. You may not see much of anything until the sixth year.

Fig trees do tend to be hardy, allowing them to retain their foliage in most types of weather conditions. As with apple trees, you want the soil around the fig tree to drain properly. Adding more organic material to the soil is often a good idea.

Spacing is important when planting a fig tree. It shouldn’t be too close to the home or any type of wall or fence. Many experts recommend planting it around 20 feet away from any type of structure. For best results, plant the tree in the spring after the winter thaw. You can also plant a fig tree during the early part of autumn.

While the foliage will develop and thicken early on, it will be some time before you see any fruit. On average, different varieties of fig trees begin to produce around the three-year mark. 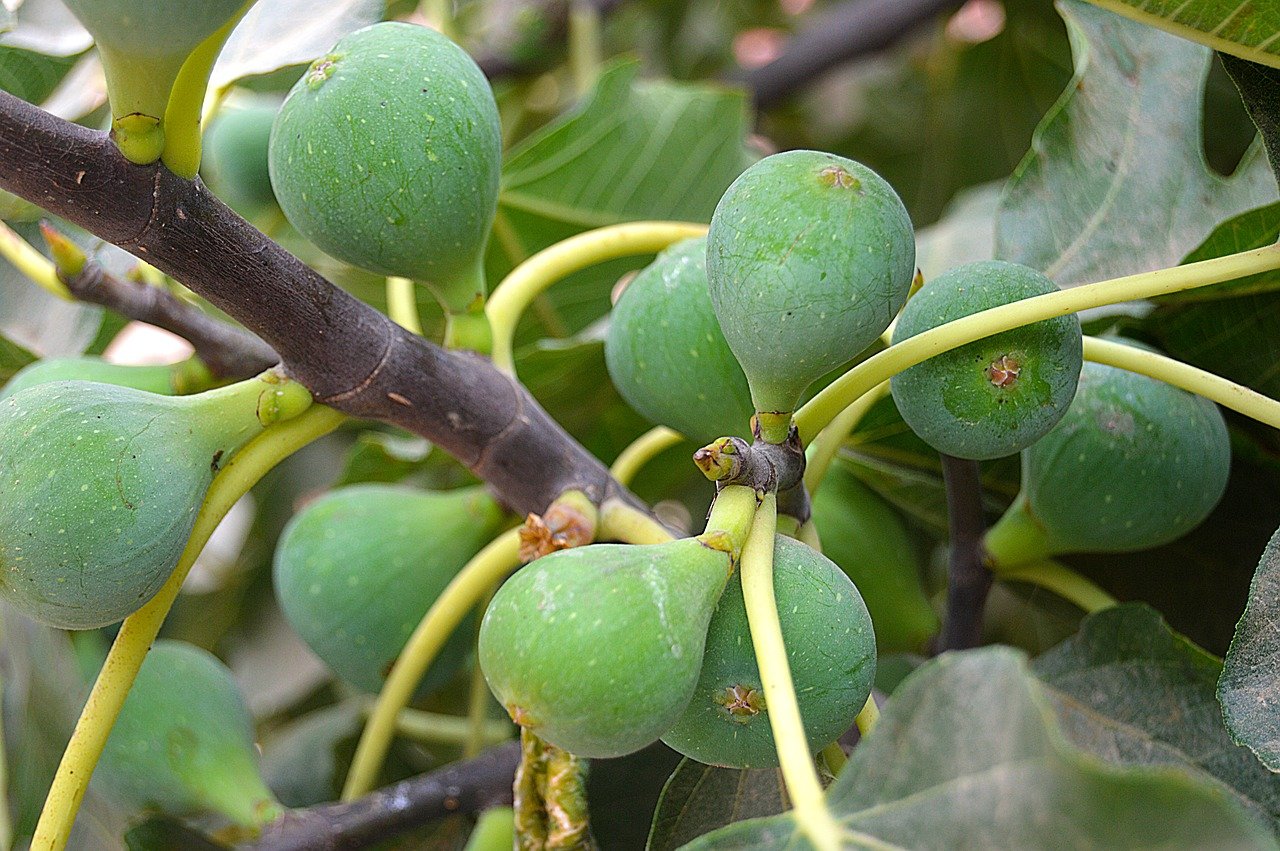 Like most types of citrus plants, oranges require a lot of direct sunlight. Plant them so that they will be able to get at least five hours of light per day. It’s also best to plant orange trees several feet away from any structure since the foliage will thicken and spread quickly. The soil should retain enough moisture to supply the roots with nutrients, but not enough to break down the root system.

If you start out with seeds, it could take as long as 15 years for the tree to begin bearing fruit. Typically, planting trees with a full root system will mean seeing the first fruit in roughly three years. This is true for most varieties of oranges, including mandarin oranges.

Unlike some of the trees on this list, pear trees are often partially or completely self-pollinating. This means that you don’t need two trees in order to eventually see fruit develop. You’ll have many varieties to choose from, with most of them ideal for producing fruit in the spring and summer. Some varieties will produce well into the fall.

Pear trees do require plenty of winter weather in order to produce flowers beginning in the spring. Direct sunlight is good, although the different varieties may require fewer hours than some of the other trees on this list. Expect to see fruit develop anywhere between three and ten years, depending on the variety and the soil conditions. You can buy pear trees online that are right for most climates. 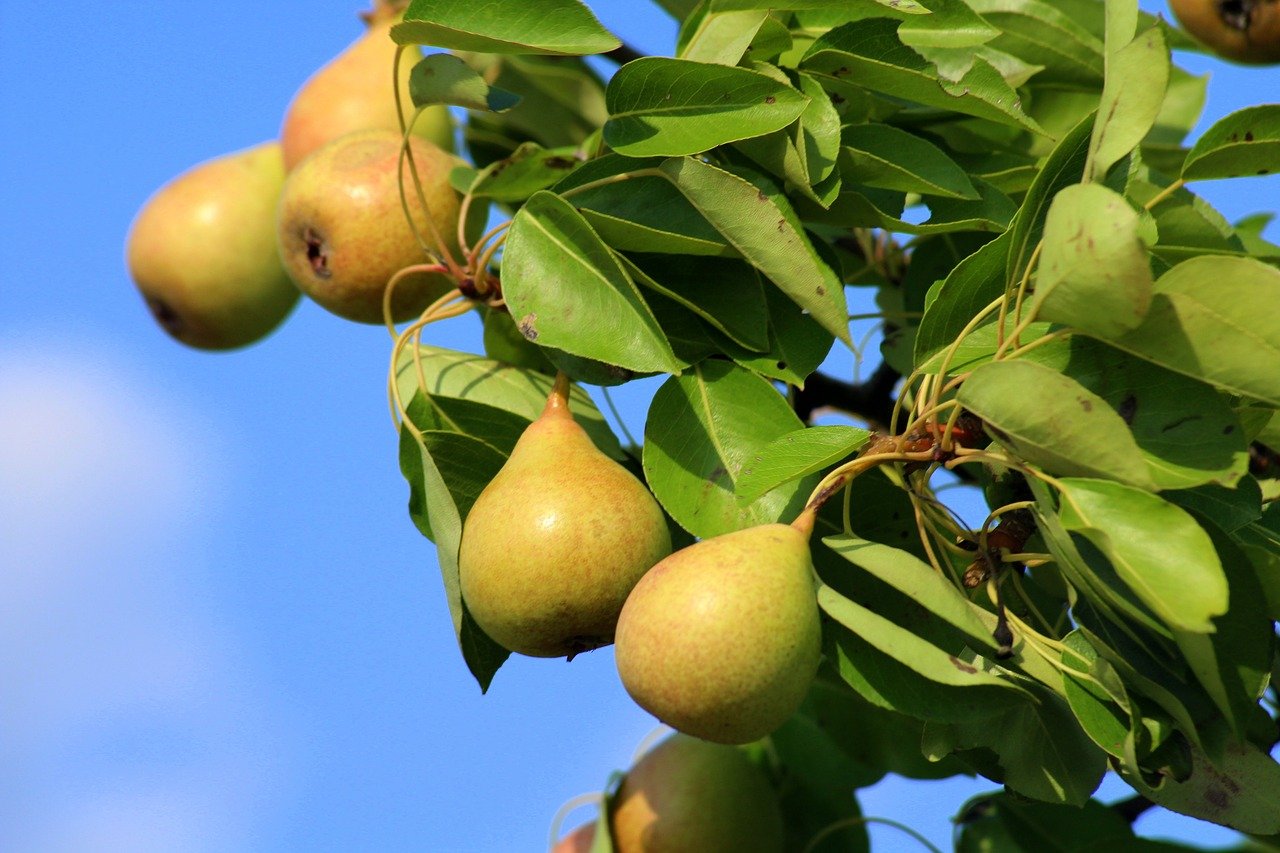 Full to partial sun is a must for a lemon tree. Overall, four to eight hours of sunlight per day is what it will take. As a subtropical tree, this is an option that works best in warm climates. Lemon trees tend to hold up well in droughts. They’re also sensitive to cold, so be aware that they will need some care when the frost arrives.

Lemon tree flowers tend to appear earlier than some other types of fruits. You may begin to see blooms within a matter of months. Some will take up to a year before you see anything other than the beautiful foliage. Overall, lemon trees require little care, other than protecting them from the cold.

Lime trees are also aromatic, something you will enjoy immensely once they begin to bloom. Plant them so they get plenty of direct sunlight during most of the year. Standing water is not a friend for your lime tree, so make sure the drainage is excellent. Avoid planting the tree in soil that contains a lot of clay or salt. Organic matter to nourish the soil is a good idea.

Be prepared for the tree to take some time to mature. They grow at a slower rate than some other types of fruit trees. This will also mean that it could be anywhere between three to six years before you see any fruit. Most lemon tree varieties will reach full production around the ten-year mark. 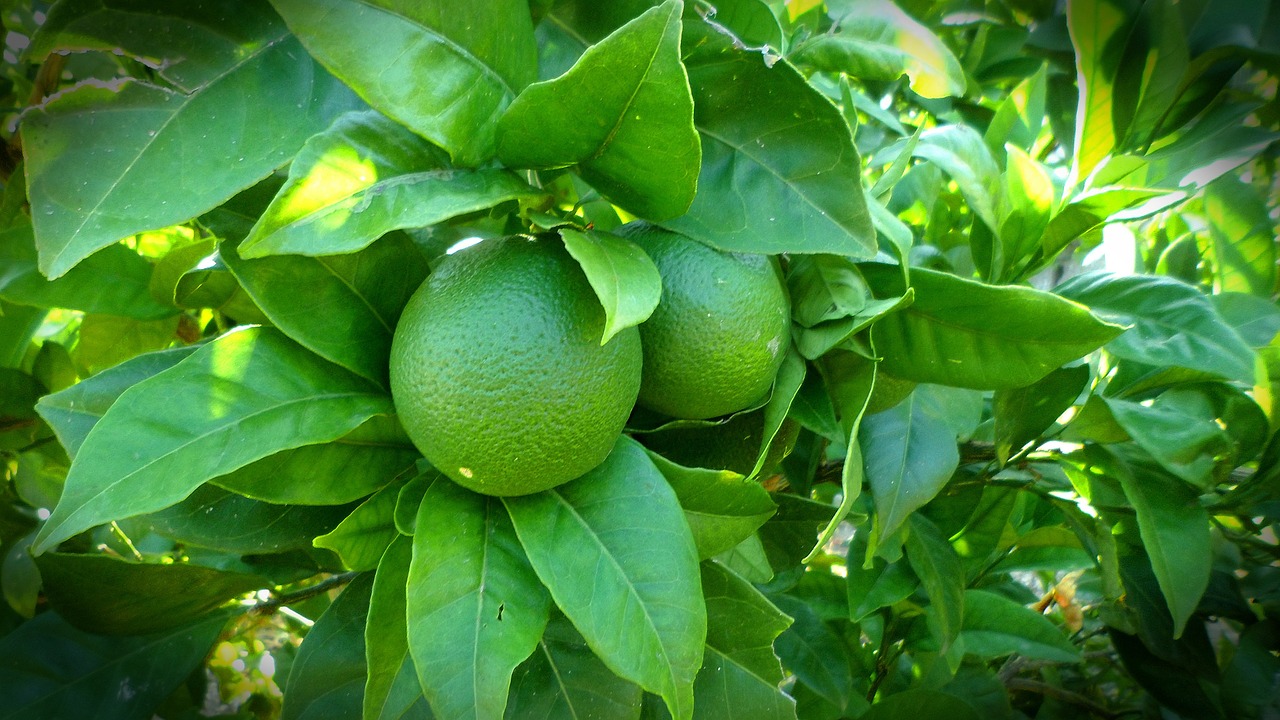 It’s best to plant peach trees when they’re dormant. That means planting them during the latter part of winter or the early part of spring. You’ll know when the time is right when the weather has warmed to the point that the soil is no longer frozen and is relatively easy to till. You also want to plant in an area that is not soaked from melting snow or runoff from spring rains.

Most types of peach trees are self-pollinating, so you can do nicely with one. Some say that planting a different variety elsewhere on the grounds can improve the fruit set overall. Other than making sure the soil is moist without being saturated and that the tree gets plenty of natural light, there’s not a lot else to do.

Trees from seeds will take around four years to start producing. You can speed up the process by choosing to buy peach trees online; this approach could mean having the first fruit in as little as a couple of years.

Different types of cherry trees come in standard, dwarf, and semi-dwarf varieties. Most are not self-pollinating, so plan on having at least two trees. It’s fine to have two cherry trees of different types. Plant them in areas that receive a reasonable amount of sunlight. Planting in the late fall or the early spring will increase the odds for success.

You may be surprised to learn that cherry trees are among the easiest fruit trees to care for. They don’t need much attention other than decent soil and an annual pruning. With most varieties, you’ll begin to see fruit in around three to five years. You can buy cherry trees online in both sweet and sour varieties. Look over the climate and soil requirements associated with each one and it won’t be hard to choose something that’s right for your garden. 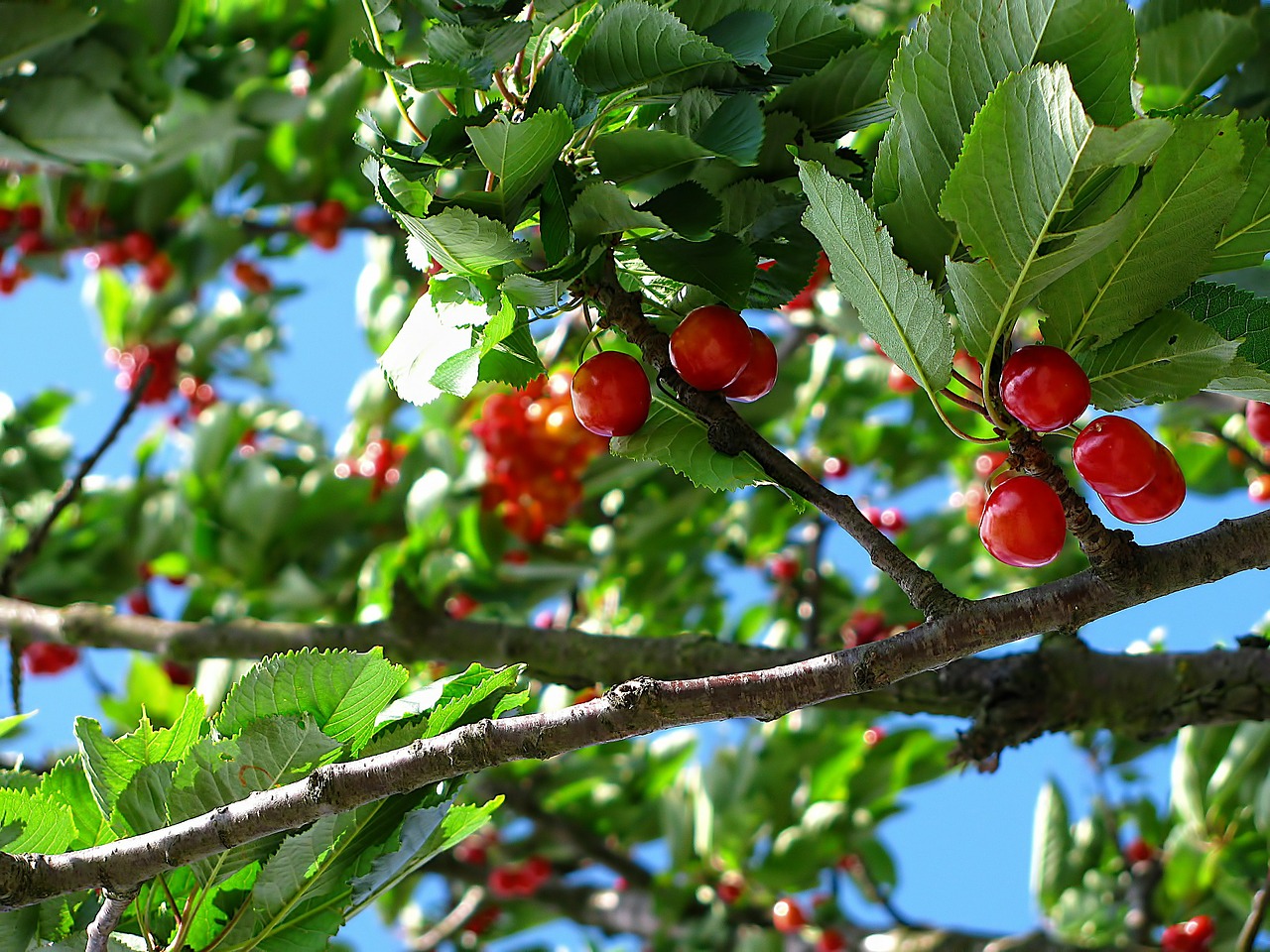 Like many other citrus trees, grapefruit trees do need somewhat warm conditions around the clock. Plenty of sunlight during the day is also a must. They do best in sub-tropical climates, although you can find them in many places around the world.

Expect about three years to pass before the tree begins to bear fruit. Remember that if you choose to leave grapefruit on the tree a little longer, it’s likely to be slightly sweeter and a little larger. Beware of fruit that may have remained on the tree too long’ you can tell this has happened if the fruit begins to take on a lumpy appearance.

Apricot trees tend to thrive in areas where there’s a lot of directly sunlight and plenty of warmth. Like many fruit trees, make sure the apricot tree is planted in an area with sufficient drainage. You also want to ensure the soil is nourished properly, which may involve fertilizing the area at least once a year.

During a dry season, do make sure that the tree receives roughly an inch of water each week. This is true anytime, but it’s especially important if blooms have begun to appear. Without the moisture, the blooms will dry out and fall off without any fruit appearing.

Apricot trees are considered to be partially self-pollinating. They will grow without a second tree present, but do much better if there are at least two. Expect the first fruit to appear around the three-year mark, but the tree’s full production won’t be reached until around five to seven years. 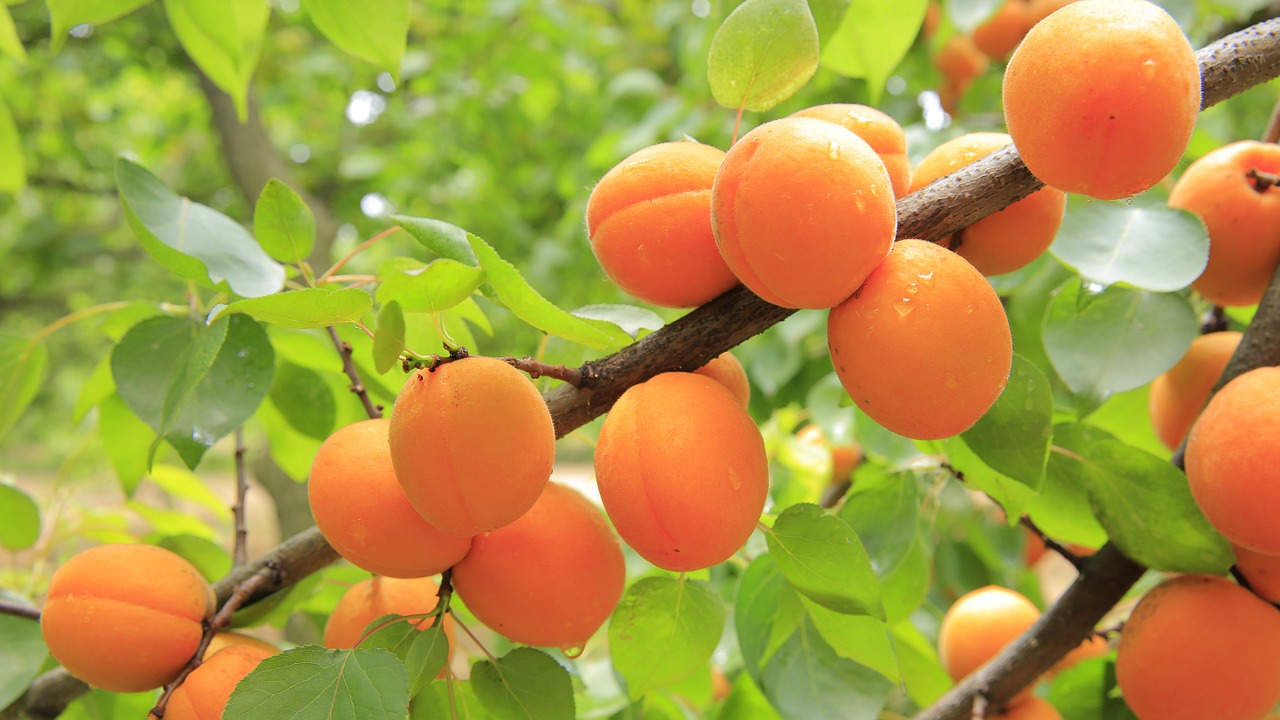 You can buy fruit trees online or you can get some help by calling CRJ Fruit Trees at 07555748221 today. Tell them a little about your garden, including the type of soil that you have present. Remember to mention something about the climate and the time of year that you want to add some fruit trees to space. It won’t take long to identify which ones will thrive on your property and ensure that you have some type of fresh fruit just about any time of the year.
Product Categories
fruit-trees.com
07555748221