How to Plant and Grow a Victoria Plum Tree

Plum trees are wonderful additions to just about any garden. The fruit is wonderful to eat fresh from the tree (after a thorough rinsing), after being chilled, or prepared as part of a dessert with heavy cream. You can even use the plums to make tasty jams and jellies that can be enjoyed all year long. 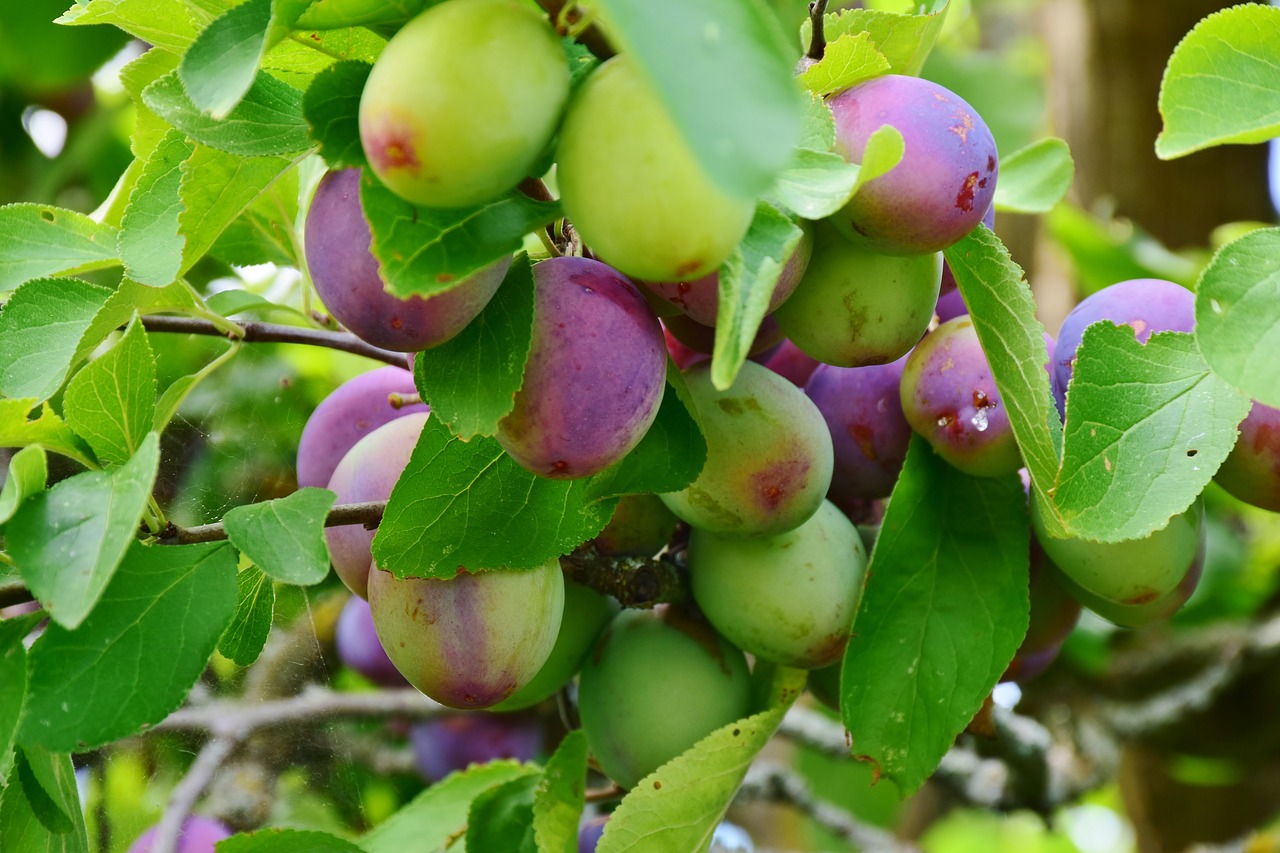 Some Basics About Plum Trees

There’s a lot to know about plum trees. For example, did you know that plums are the second most cultivated fruit in the world? Maybe you didn’t know that some variety of plum trees is found on every continent except for Antarctica. Some of those trees can reach a height of 33 feet.

If you’ve ever wondered what is a prune, it’s a plum that’s been dried. Along with being tasty, they are considered excellent natural ways to promote digestion and regularity.

What colour would you like for your plums? There are plenty of choices. The fruit comes in white, red, purple, yellow, and green varieties. In size, they may be as large as a baseball or as small as a cherry.

One of the distinguishing characteristics of plum trees is that they do well in different climates. Depending on the variety, the plum tree will thrive in cold and moderately cold weather. Some varieties will do just fine in tropical and sub-tropical climates. The goal is to identify the type of plum trees that do best in the area where you live and plant accordingly.

What would be the best time of year to plant your plum trees? While there are exceptions, the general recommendation is to plant the trees in the late winter or early spring. The ground is soft enough for planting and the bare root varieties that you can buy are still in a dormant state. This helps ease the transition to the new site and enhances the potential for the tree to root properly.

No, what you know a little about plum trees in general, it’s time to get to know a bit about Victoria plum trees. As you can guess, this variety receives its name from Queen Victoria. The first year that the name was known to be used as the beginning of the Queen’s reign in 1837. At that point, the tree was known as Denyer’s Victoria Plum.

The origins are somewhat in debate since anecdotal evidence points to the tree originating in Alderton Sussex. The problem is that there is no evidence there was ever a town in Sussex known as Alderton. There is an Alderton in Suffolk that dates back to that time and a Walderton in Sussex. To this day, people debate this topic.

In any event, there’s no clear history of how the plum tree variety was developed. What is known is that from 1847 on, the Victoria plum tree was widely cultivated and a favourite with several people. In 1973, the RHS awarded the tree with a First Class Certificate. It received an Award of Merit in 1993, with an additional confirmation in 2013.

The Victoria plum is both a cooking and an eating variety. The difference is when the fruit is harvested. It appears as a green plum that changes to an orange-reddish shade and eventually to a reddish-purple shade. It’s during the orange-reddish stage that it’s best for cooking, especially making into jams and jellies. The later reddish-purple shade is perfect for consuming as is.

If you’re wondering how to plant fruit trees like Victoria plums, the best approach is to buy them in the bare root stage. The trees are dormant at this point, making it easier to settle them into the ground.

Bare root trees are also easier to keep while you prepare for the planting. It’s possible to order them in advance, and then store them briefly while you prepare the area where they will be planted. While you can buy the trees from a local nursery, it’s also possible to buy plum trees online from an online retailer and have them delivered just before you plan on planting them.

You can look for plum trees for sale locally and on line, but the fact is that they tend to be affordable during most seasons. That means when you’re at the end of winter and starting to think about what to do with the garden, there should be no trouble finding plum trees that are ready for planting. 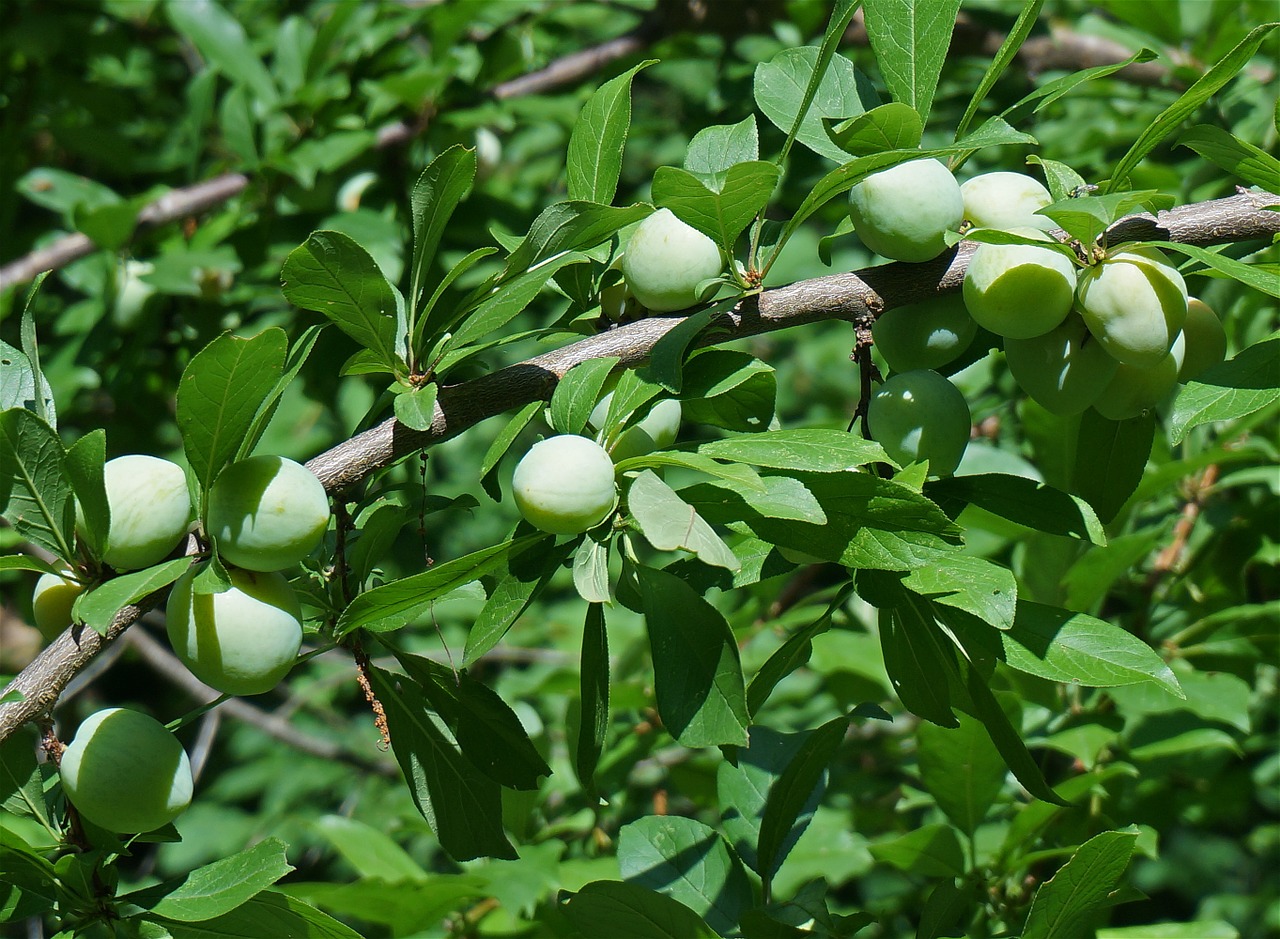 Part of knowing how to plant a Victoria plum tree is in the timing. You’ll be happy to know that planting after the snow is gone but before the warmth of summer arrives is the ideal period. Just make sure the ground has softened sufficiently for the roots to settle in and begin nourishing the tree.

Keep in mind that you will want to have the soil tested before the planting. Your goal is to make sure the nutrient content is sufficient to promote proper growth. If not, then you will want to add nutrients by way of fertilizer. If you’re not sure what to add, a soil analysis will provide the answers that you seek.

You do want to consider whether or not to have another plum tree nearby along with proper fertilization. With Victoria plum trees, there’s no need for the presence of another plum tree for cross-pollinating. Even so, you may find that the fruit yield is better if there are two trees in relative online proximity. 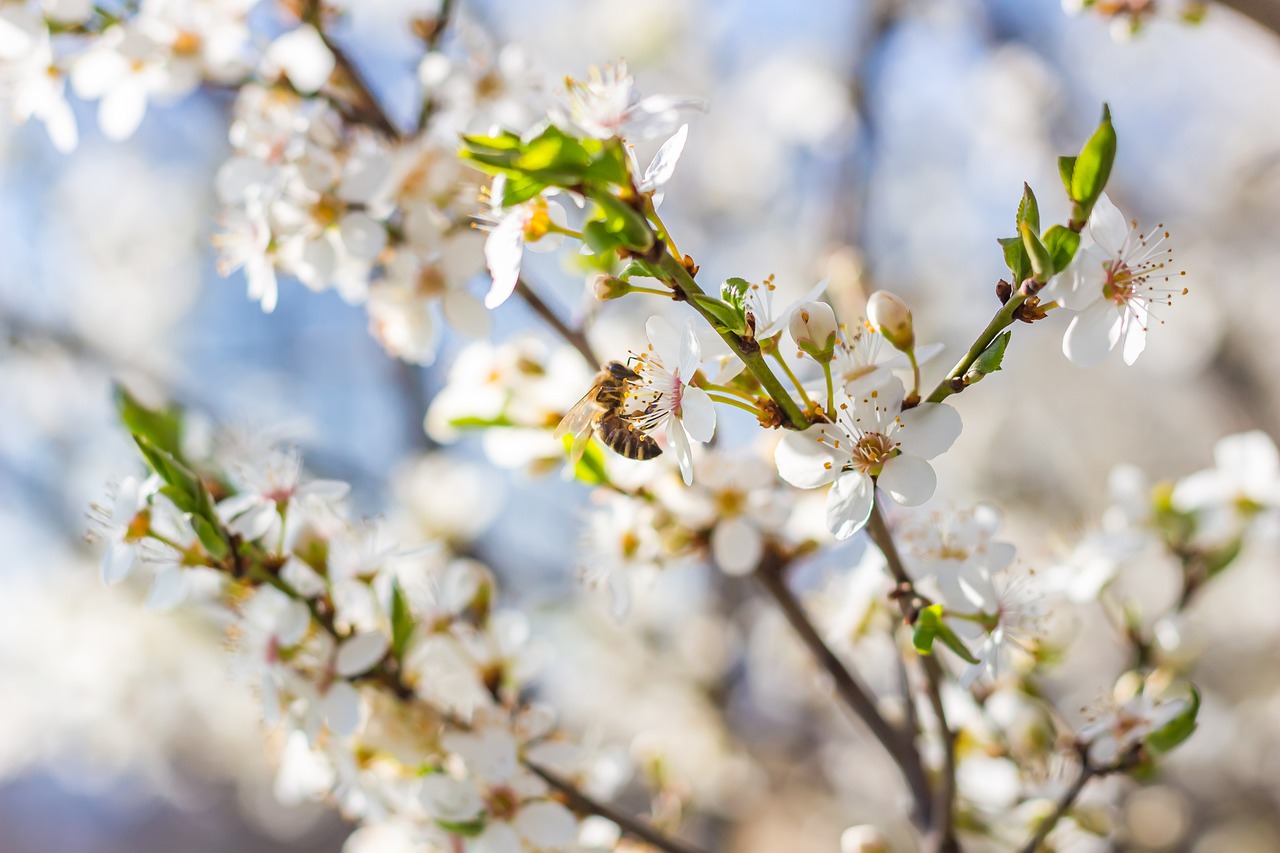 Victoria plum trees don’t generally grow as large as some other varieties. That makes them ideal for use in a smaller garden. To ensure there’s a reasonable amount of space allowed for the branches to spread. Height is not necessarily an issue, but you do want the trees to have enough room to grow to their full capacity.

How deep should you plant the tree? It’s generally recommended that the hole be six inches wider and deeper than the tree’s root ball. That provides space for the roots to settle into the soil without beginning to curve upwards. It’s also usually enough to ensure the tree can remain in an upright position without much support. There will be no need for support once the roots sink in properly.

In terms of sun exposure, make sure that the tree will get plenty of direct light for most of the day. It’s fine if there’s some shade in the afternoon. Make sure the location you choose does provide some protection from the wind as well as cover in the event of a late frost in the springtime. Both precautions will aid in fruit development.

You’ll be happy to know that the Victoria Plum is one of the hardiest varieties of plum trees. Once it’s settled into the ground and assuming it gets a reasonable amount of sunshine, there’s little else you need to do to promote growth. In terms of being something you can plant and leave alone, there’s nothing better.

Knowing when and how to prune plum trees is essential if you want the tree to bear fruit. In the case of Victoria Plum, the basics won’t be hard to master. Primarily, you will wait until the tree is firmly established and the fruit has begun to appear. At that point, you can prune any areas that have not produced any fruit.

Part of knowing how to prune fruit trees like the Victoria Plum is knowing when to prune limbs with fruit. You may want to think about thinning the fruit via pruning around June of each year. At that point, some of that fruit can be used for cooking. Removing some of the fruit will also allow the remaining fruit to ripen properly.

Generally speaking, you should know when to prune plum trees from the first year on. During the first three years, keep the pruning to a minimum. Focus primarily on getting rid of any dead limbs and not much else. After the third year, one pruning per annum is typically sufficient. The exception is any branches that may partially break off. When this happens, feel free to prune them back to the trunk. 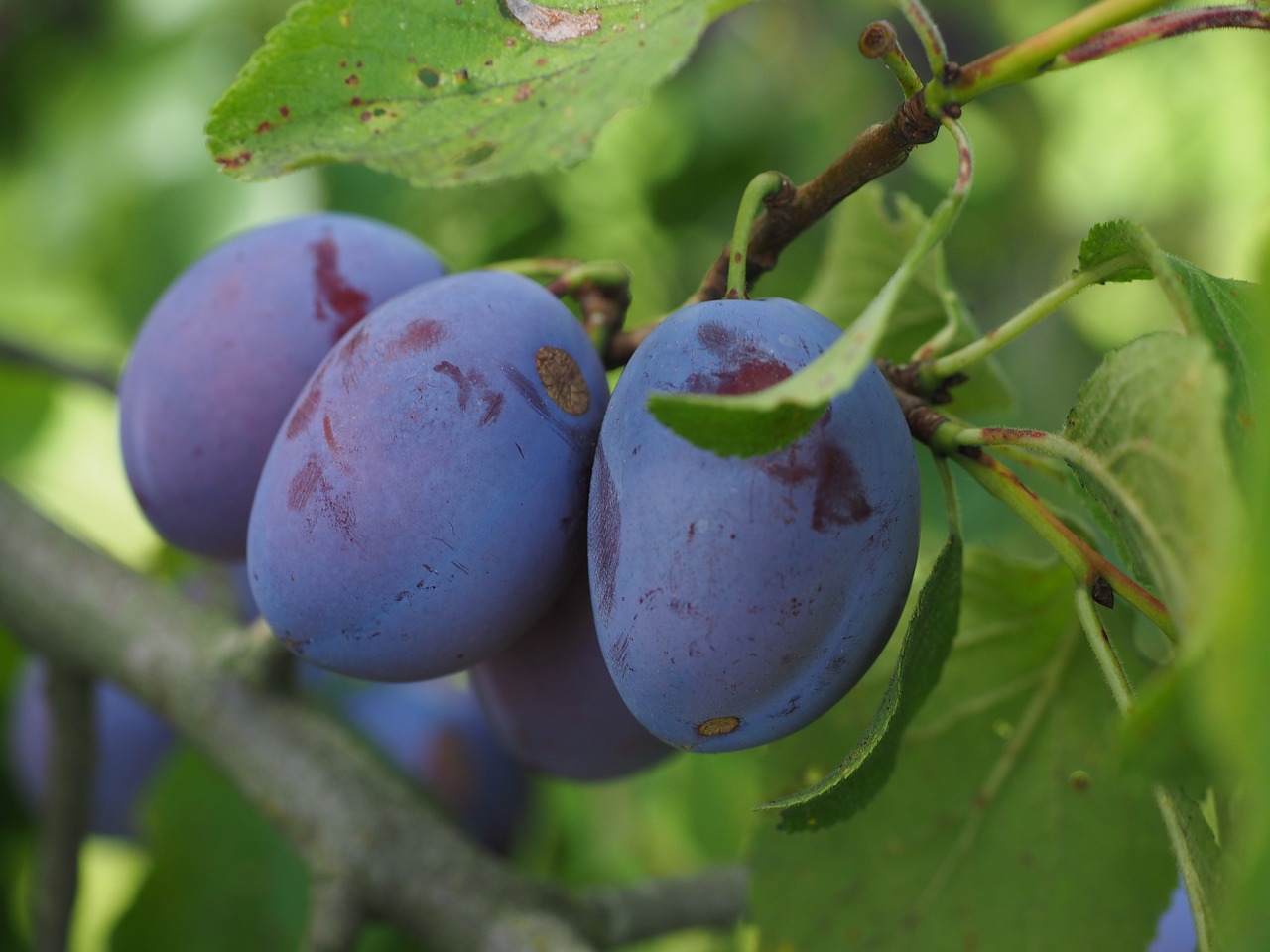 When to Expect the Trees to Bear Fruit

With the Victoria Plum, you could begin to see the first fruits within the second year after planting. Don’t be alarmed if nothing developed until the third year. The latter is the most common time frame.

Planting the trees in pots versus in the ground doesn’t seem to shorten or lengthen the amount of time it takes for the fruit to begin appearing. There also seems to be no variance in the amount of fruit produced. This is good news for someone who wants to grow these shorter trees on a patio or balcony rather than in a garden. As long as the pots provide ample room for the roots system to develop properly and the tree receives enough sunlight, it will do fine.

There’s no doubt that the Victoria Plum tree is among the easiest to cultivate and maintain. If you think this would be a great addition for you, order a tree or two today. Once the fruit begins to bear, you will have plenty for yourself as well as enough to share.

Fruit-trees.com uses only the cleanest stocks available for propagation and provides detailed information about planting and care, in order to give your fruit trees the greatest opportunity for success.

Visit fruit-trees.com now to pre-order your new trees for spring or summer.